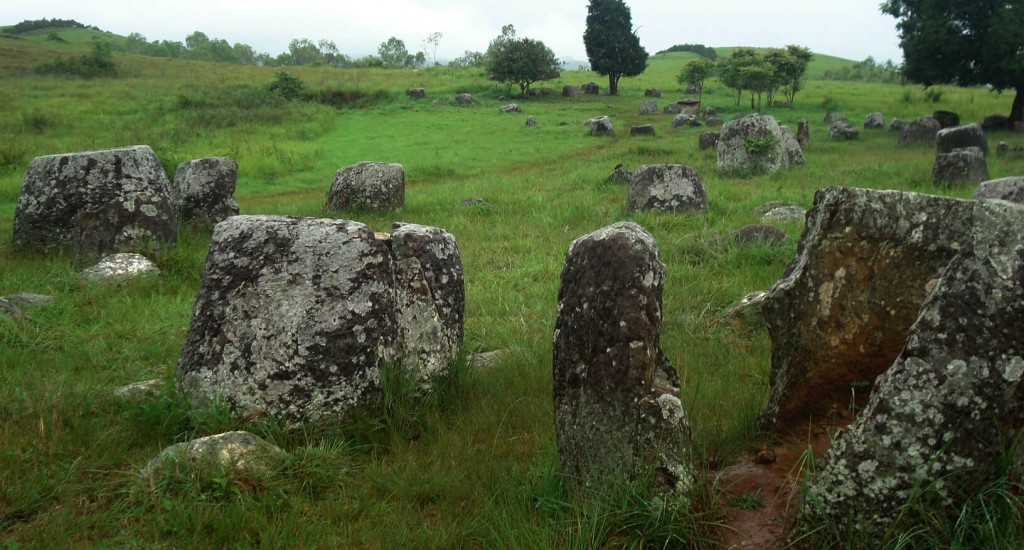 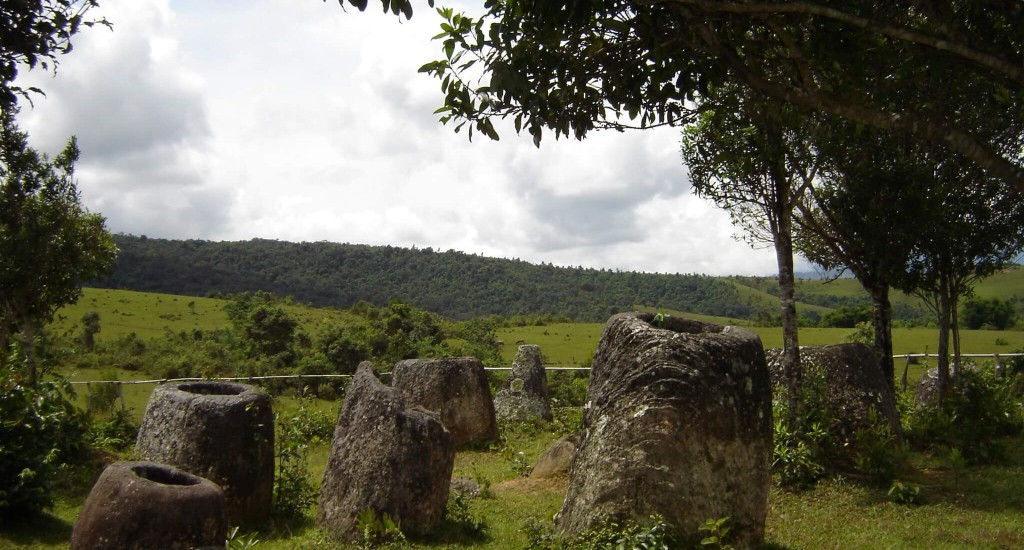 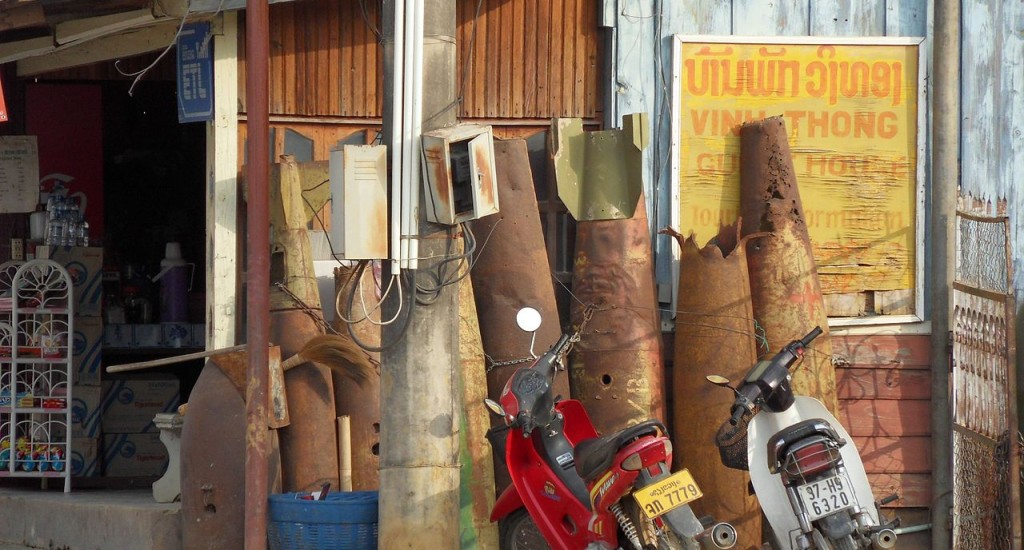 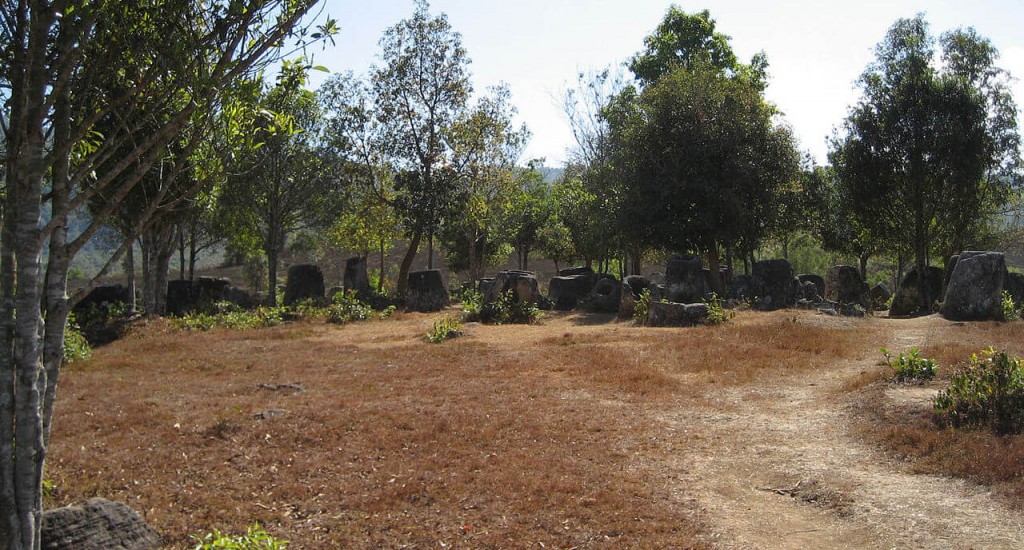 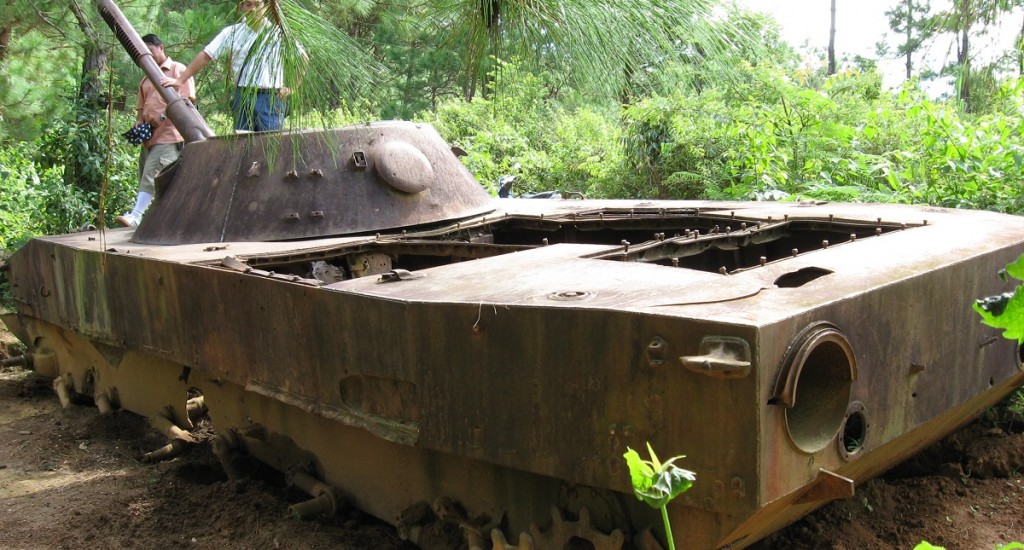 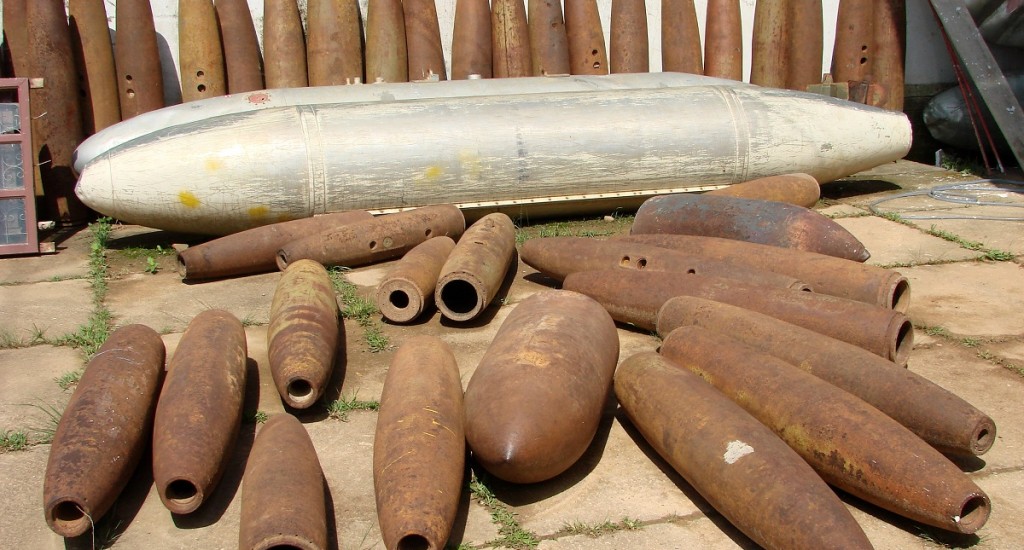 Southeast of the sleepy regional capital Phonsavan is an area known simply as the ‘Plain of Jars’. Scattered over the hilly terrain (no evidence of a ‘plain’ at all!) are hundreds of enormous clay jars, the legacy of an ancient civilisation estimated to be between 2500 – 3000 years old. Some of these stone containers weigh upwards of six tonnes. There remains no satisfactory explanation as to how the clay jars found their way here, nor what purpose they served. Archaeologists have come up with several theories, all of which are best debated when you are actually stood looking at the mysterious objects. Some say the jars were used for brewing purposes, some say that they are enormous burial urns.

This region has another claim to fame – it is known as the most heavily bombed place in the country, and that is quite a claim in a country that is the most heavily bombed in the world!! The enterprising locals have however turned this to their advantage and you can find virtually anything and everything now made from old bomb casings; from houses to farm tools and ornaments to kitchenware. The area is still plagued with unexploded ordinance (UXO) but your guides travel well trodden paths and know the areas to avoid.

In the remote north-east, close to the Vietnamese border, is the province of Hua Phan and its capital Sam Neua, offering the few visitors who make it this far a particularly beautiful mountainous landscape complete with lush forests, narrow valleys and terraced paddy fields, mish-mashed by a network of mainly dirt roads. The region, which is very much ‘off-the-beaten-track’ actually only became part of Laos during the colonial era and it still boasts 22 different ethnic groups, several of which are renowned for the quality of their hand-woven fabrics.

The province is also home to the Vieng Xai caves, which provided a base and shelter to the Pathet Lao during the Indochina War. A number of these caves, set deep in stunning karst limestone cliffs, are open for visitors and your guide will show the stark living environments and the dark, damp conditions that they had to endure to avoid being bombed. The larger chambers were used as schools, hospitals, living quarters and government departments. Sam Neua (also spelt Xam Nua) and these nearby caves formed the Pathet Lao capital, and it was here and in equally remote Phongsali, that the Pathet Lao forces regrouped after the Geneva Accord. With a small but growing number of foreign tourists visiting Sam Neua, the infrastructure is slowely developing to the point where accommodation is now to a reasonable standard, although the food situation has not similarly caught up. Plenty of local noodle shops but not much else.

“What a great place! It’s a shame that more people do not know about it.” 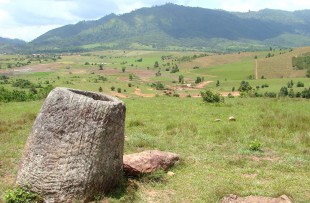 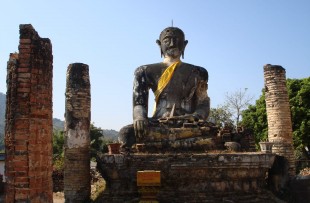 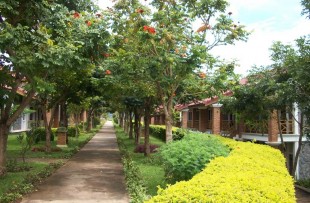